hello, hello! hope you all had a wonderful holiday! ours was nice and there was a blizzard here monday in case you hadn't heard ;). we had just under two feet of snow and for reasons yet to be determined, it was chaos and still challenging for many.

cars, buses, ambulances, trains and snow plows were getting stuck in the snow and being abandoned. scott really wanted to get to work, but the only way that was going to happen is if he walked as my half of the car said no way.

one lucky thing is that the storm happened during winter break, which is great for kids and school bus drivers. so, we end 2010 with a bang in our town. if the bad guys ever figure out how to make it snow on command, we're done (more pics here). hope you have a happy & safe new year. see you in 2011!

ps the new song rolling in the deep by adele is so good. it's about love gone wrong, but not hopeless -

throw your soul threw every open door
count your blessings to find what you look for
turn my sorrow into treasured gold
you pay me back in kind and reap just what you sow
heart break can come from many places other than romantic love and the best gift we can give ourselves in each case is to let go of the pain when the clock strikes twelve on january 1st, if not sooner. i'm going to try. hello, hello! wishing you a wonderful holiday and hope all your dreams come true. from what we can tell you all have been very good this year :). thank you for visiting our little neck of the woods and making it extra-special!

ps this interview on npr talks about some unusual holiday traditions around the world. in sweden, people of all ages get really excited to watch a vintage donald duck movie on christmas day. in japan, people make reservations for kentucky fried chicken on christmas eve and another group feasts on a spread from mcdonalds! watching the yule log, homemade cookies and turkey sound pretty good in comparison :).
18 comments: Links to this post hello, hello! our holiday decorations are really simple this year and more about winter than christmas. frannie was made by ann wood and is dressed in an acorn hat & linen scarf for the cold. she's leaning on a vintage tiddlywinks container because she's had too much egg nog and can't stand up without some help ;). the little embroidered stocking is from the new york botanical gift shop and hangs on our china cabinet. my brother made the birdhouse long ago and i painted it white. the wooden bird ornament is from abc carpet & home and the embroidered clove-filled sachet a lucky score from wiksten. the spool of thread wreath is from michael's and such a great idea! 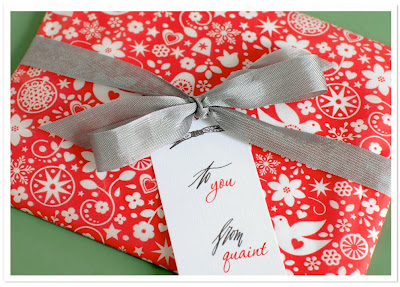 the scandinavian-inspired martha stewart wrapping paper is also from michael's and the shanna murray gift tags are free in the november/december issue of rue magazine (page 60 or here). i also saw these tags yesterday from sharilyn and they are wonderful, too!

ps have you seen the paper disco ball by laurie cinotto? so great! hello, hello! i took the photo of the pepsi-cola sign in long island city last week during jen's visit and didn't think much of it, until she quickly convinced me otherwise. my brother always complained that photos with the sky blown-out weren't any good, but i'm starting to think he is wrong. the crane you see in the background had construction workers walking on it way up high and boy was it cold.

the stone sculptures named asaf and yo'ah by boaz vaadia were at the time warner center and fantastic - kind of ufo-ish. earlier this summer scott and i stumbled upon his studio in williamsburg and were just amazed by boaz's work. each layer is a hand carved piece of stone and stacked one on top of another with a little help from a threaded rod + glue. enjoy your weekend!

ps the winner of the calendar+ giveaway is erika and i have one extra to send to anna. hurray, another excuse to go shopping! each calendar is hand cut and although i'm not able to print it on linen any longer, i can do so on matte photo paper. so, if anyone else wants to do some sort of trade, let me know. i'm going to be trying fine art paper next week and that might be very nice.

pps we had great news yesterday about charlie's early stage lung cancer. the doctor thought that after three radiation treatments he might be totally cured. good thing too because he was a brat this week and thisclose to getting an extended time-out ;)!
15 comments: Links to this post hello, hello! i made a 2011 calendar using some of our favorite photos this year and would like to give one away. it's printed on a nice linen card stock and measures about 4" x 5". to sweeten the deal, i'll add a little something extra to the package depending on what i think the winner might like. all you have to do is leave a comment below before december 18th and we'll announce one winner on saturday. ho-ho-ho! hello, hello! charlie brought out a photo album to show us some more of his wedding photos and i found these wonderful letters. they were written during the 1920s in czechoslavakia (currently, the czech republic) and mailed to new york city, america. although we don't understand a word of them, the handwriting is just lovely and could be quite interesting as the country established its independence in 1918 and the first president was elected in 1920.

one thing i do understand is that sending out our christmas cards would be much further along if i had such beautiful handwriting. excuses, excuses :). hello, hello! lately, this is about as close as i've gotten to sewing, but all that ric rac does get me thinking - love THE ric rac. i've been out and about socializing in the city three times this week and really tired, which is good for scott because i'm less likely to drag him around to all the holiday markets i originally planned. well, not this morning anyway ;). enjoy your weekend!

ps janelle monáe's fabulous video for tightrope is sure to energize anyone and i love those shoes + her hair!
13 comments: Links to this post 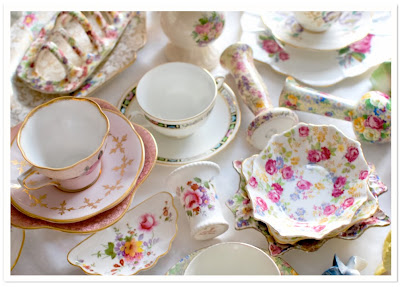 hello, hello! for some reason, i decided long ago that the best source of natural light in our apartment was in a tiny corner of our bedroom. but, after replacing the green balloon shades with sheers in our living room, it turns out the light in there is much better, which is good because i have a lot of things i want to photograph. i'm using the same set-up, but the light seems more white and is available longer.

the one draw back is that i can't just throw myself down on the bed when i'm frustrated like mari in the babies documentary. oh well, there's always the floor :)!

ps have you seen the photography on rollei life? it's just lovely.
12 comments: Links to this post hello, hello! as mentioned, i met up with julia of red otter on saturday and we went to martha stewart's holiday craft sale. there are two things i don't do well when i'm with people other than scott - shop & take photos of the sights. julia has a sweet new baby and all i kept thinking was don't let anything happen to william's mom! but, julia's photos of the day are terrific - see here. it was really wonderful to meet her in person and get caught up in the enthusiasm of a first time visitor to the city.

there was a perpetual line at the craft show and just about every place else we went (crazy!), but i did manage to get a very cool moravian star made using a nyc subway map & wax by michigan winter, a wonderful heart floral print by rifle paper co. and a cameo made of resin by shawn powers. last year i picked up the antique basalt creamer from bower antiques and tucked in a musical version of my butterfly garland for the photo. it seems i gravitate towards black during martha's craft shows. i guess i really am a new yorker!

ps some other things that also looked wonderful were - original paintings from kiki and polly, softies by sian keegan, embroideries by coral & tusk, and holiday ornaments by la la laurie (should have bought one, but couldn't decide which to choose).
10 comments: Links to this post hello, hello! the recipient of the W O R D giveaway is nicole of three by sea who loves blue. jen of painted fish studio will be contacting her for mailing information and congratulations! thanks for sharing your favorite colors (blue was the most popular followed by gray, which is my current fav) and to the jens, aka polaroid sisters, for the wonderful book.

i'm going to be spending the day with julia of red otter who is taking the train from philadelphia to nyc for her first trip here. visiting martha stewart's craft sale is at the top of the list along with seeing some holiday windows, rockefeller center and a magnolia cupcake or two. enjoy your weekend!

ps loving the band summer fiction i learned about on the chance site. the video for chandeliers is so sharp as is chance. oh, and the band, which is actually one guy, is from philadelphia. what a coincidence!
10 comments: Links to this post hello, hello! recently, we saw counter space: design + the modern kitchen on exhibit at the the museum of modern art and it was pretty cool. we loved all the kitchen-inspired art and gadgets, especially the frankfurt kitchen designed by margarete schütte-lihotzky for german public housing estates after world war 1. very small by today's standards at around 6' x 9', the kitchen incorporates wonderful space-saving features and feels very modern. some people thought it was cold, but i thought it was fabulous and will be putting it into my inspiration file for our own kitchen remodel, someday.

the photo by mac adams seems to have been taken with scott mind because he loves toast. each night he makes a couple of slices to take to work the next day, but the photo kind of makes me wonder what's really going on in the kitchen. although the tea cup is similar to one of mine, the girl is not similar to me, ever. but, i do love butter and as a kid remember taking a bite out of a stick of it - ewww! i suppose scott's the bread and i'm the butter. butter makes it better. mystery solved and i'll stop there. you're welcome ;).